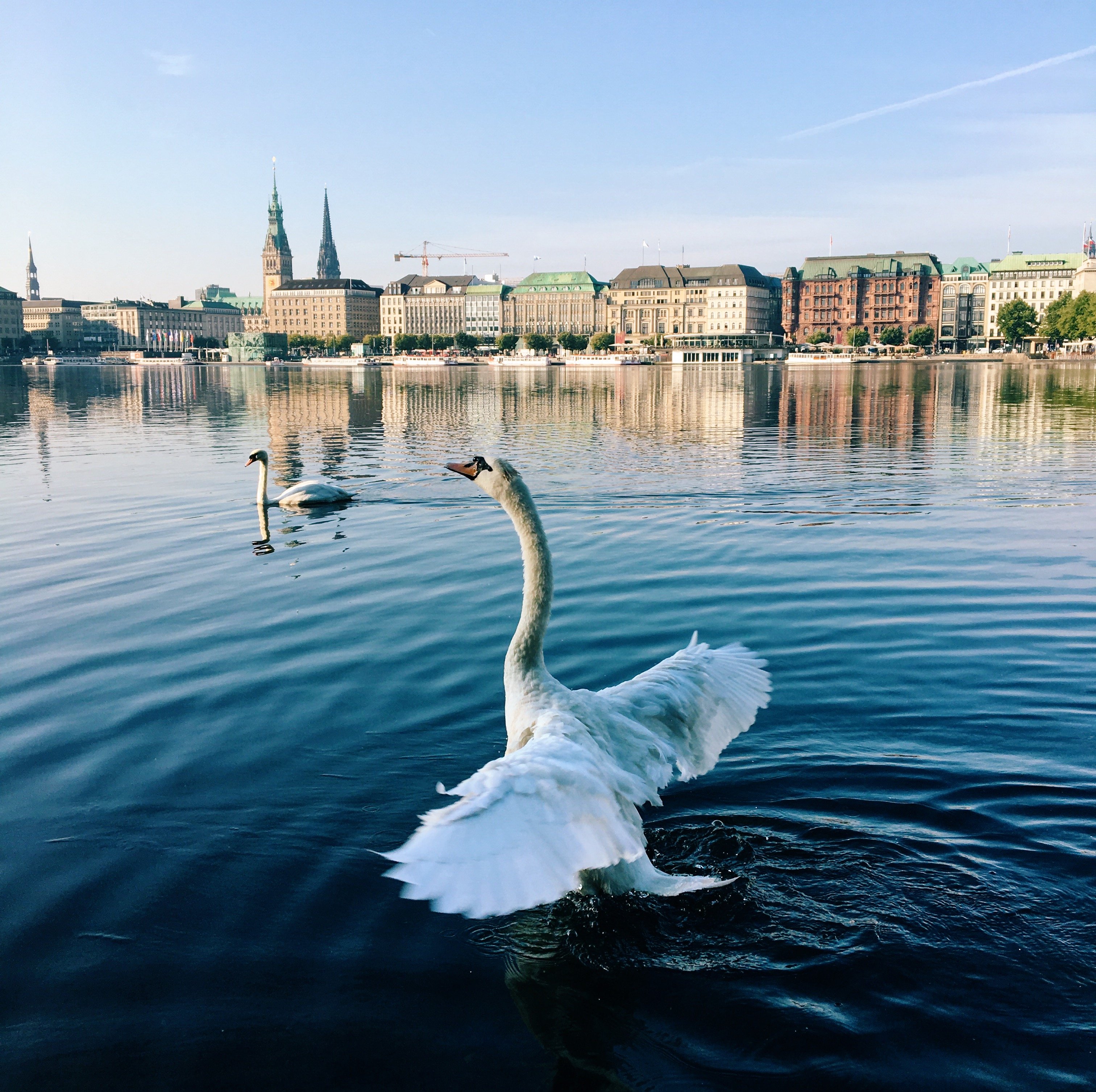 Soon it will be that time of the year again: Hamburg’s Alster swans will swim from their winter quarters, the Eppendorf Mill Pond, back to the city centre. Swans are the lucky charm of the city. According to a legend, Hamburg’s welfare depends on its swans. As long as the animals continue to make their rounds, Hamburg remains a prosperous and free cosmopolitan city. Reason enough to provide you with some interesting facts about Hamburg’s legendary Alster swans!

#1   If one of the Alster swans gets annoying, don’t scold him! In Hamburg, insulting a swan was forbidden by law in 1664. If you insult a swan, you offend the city of Hamburg.

#2   The number of Alster swans has been subject to great fluctuations over the centuries. During the siege by the French, there were only three swans left in 1813, but in 1892 there were 400 swans. In 1919, only 16 had survived the Second World War. Today the number of swans has levelled off to about 120. 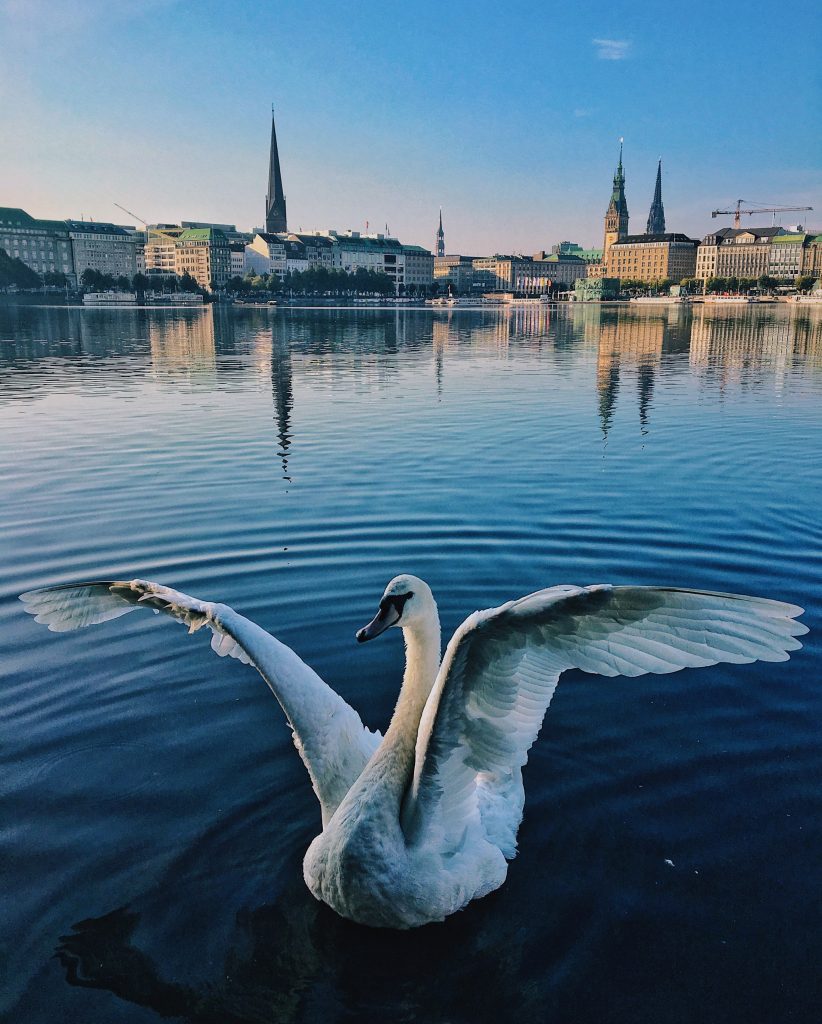 #3   The safest job in town is that of the „swan father“. This oldest administrative post exists since 1674. The incumbent swan father is called Olaf Nieß and has been in office for more than twenty years. His predecessor was his father, who looked after Hamburg’s swans for 46 years.

#4   Hamburg is generous with its swans: at times, the city is said to have dumped 36 tons of fodder into the Alster river each year.

#5   Between 1878 and 1904 the swans even resided in their own small palace, which Hamburg had built on the Outer Alster for them. 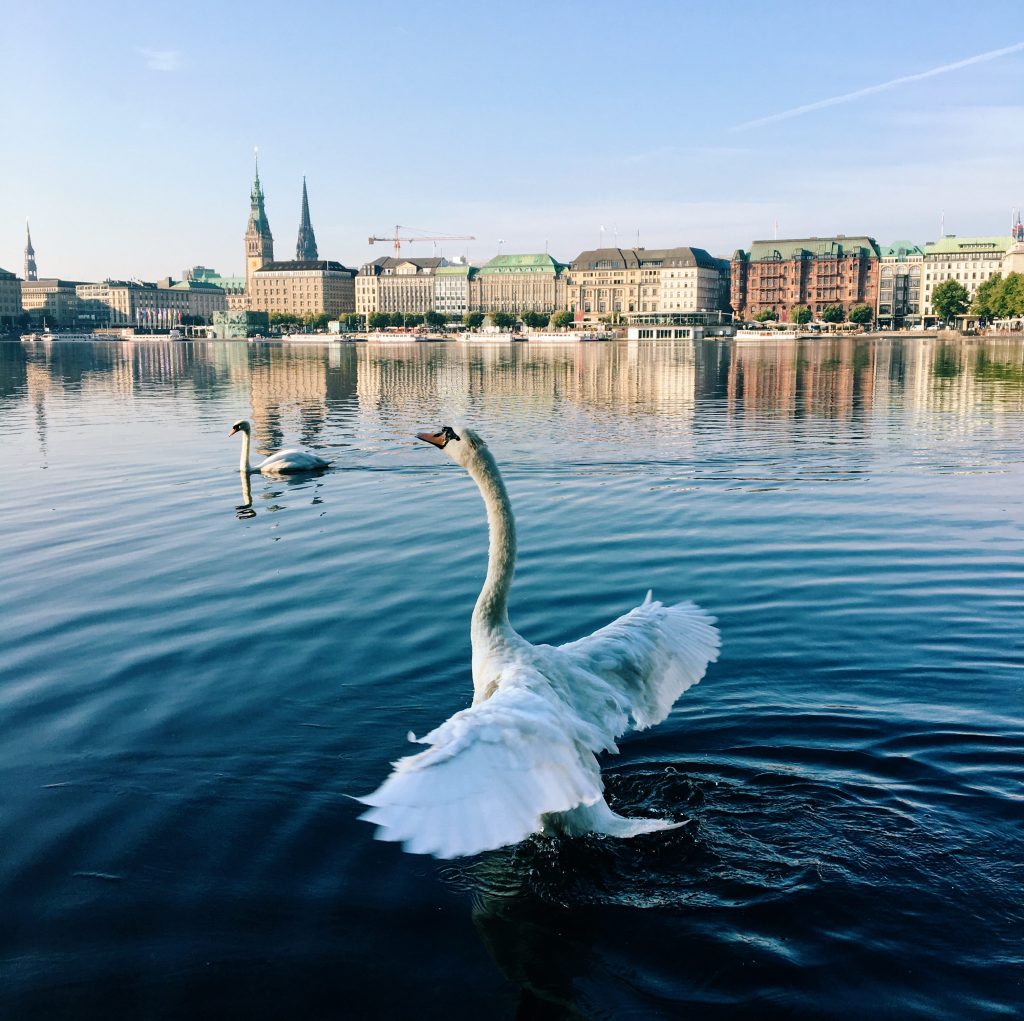 #6   Until 1929, all Alster swans were rigorously pruned to prevent them from flying away. But today, however, only those birds get their wings pruned that pose a threat to public safety: e. g. if they make an effort to fly into road traffic again and again – which has occurred in some cases.

#7   Hamburg has never sold swans, but has given away a lot. They went to Mexico, China or Brazil as state gifts, for example, where they serve as Hamburg’s ambassadors.

#8   Even on the occasion of the opening of  New York’s Central Park in 1860, Hamburg sent swans as a gift – twelve! Only one week after their arrival, seven of them were dead. They had eaten rat poison.

#9   From November to March, the Alster swans traditionally migrate to Eppendorf in a fenced-in area of the mill pond, which is kept ice-free for them with the help of an underwater heat pump.

#11   It is possible to complete a voluntary ecological year (FSJ) at Hamburg’s „Schwanenwesen“. You can find more information here. 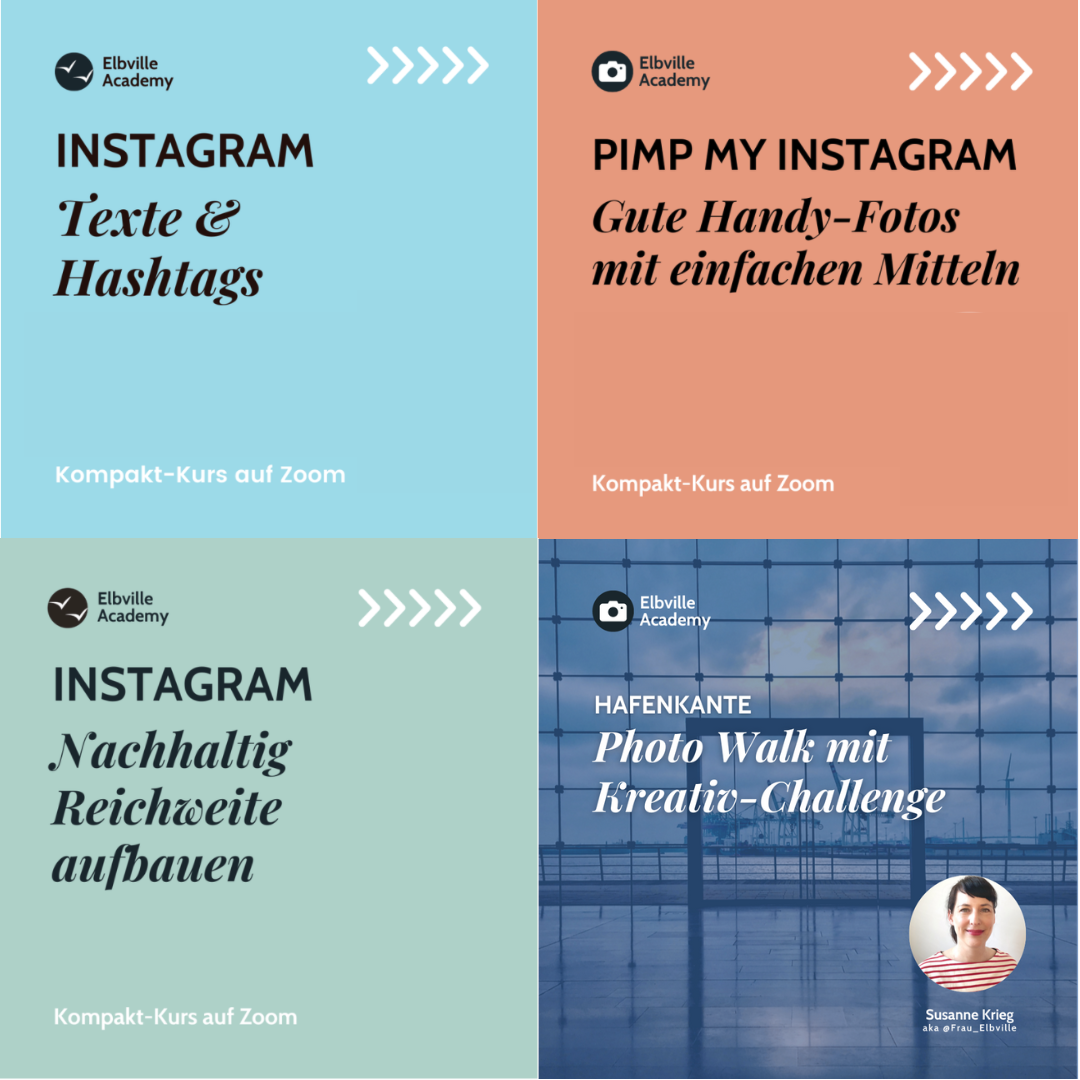